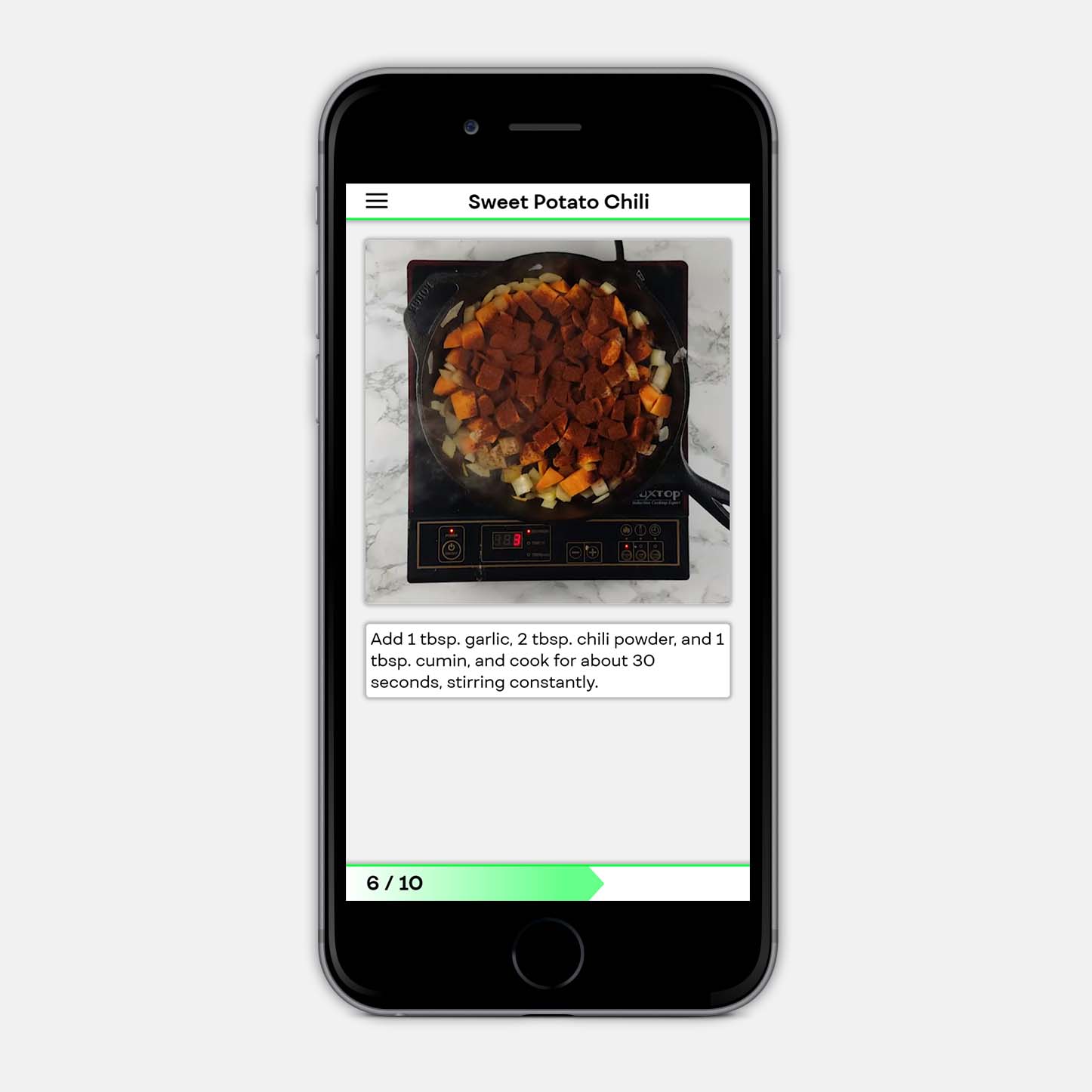 pocket kitchen is a cooking app for the future. By combining short looping videos with step-by-step instructions, pocket kitchen seeks to bring home cooking to the children of the digital age.

Visit this site on a mobile device to try the app out!

What is pocket kitchen?

There is a growing disconnect between young people and cooking. Traditional printed cookbooks can be difficult to follow, especially for someone without a strong foundation of skills and knowledge. Even digital cooking resources are often ineffective for young cooks. Many existing cooking sites focus on a curated selection of high-end dishes, rather than everyday meals, while other resources offer more practical recipes, but in an overwhelming and unorganized manner.

pocket kitchen is a step towards a solution to this problem. This app features a small selection of recipes, hand-picked and tested to be easy to make, affordable, and delicious.

Thanks to professors Dimitry Tetin, Amy Papaelias, and Anne Galperin for their feedback and support, and thanks to all my friends (especially Alex, Rachel, and Tara) for their love and support.

The first phase of this project was research. Through conversation with other young people, I was able to learn about and identify problems that young chefs faced. The most important problem was a lack of hands-on instruction. It is difficult to translate abstract text-based recipes into physical action without seeing how the action is performed. I researched existing video-based cooking platforms, and found that they were surprisingly difficult for less experienced users to follow; users often have to pause the video and manually repeat challenging sections several times before they are able to perform the challenging part of the recipe themselves.

From this research, I was able to redesign the cooking process to be more accessible. I visualized the overall process as a series of connected steps, each of which is can be broken down into simple and easy-to-understand steps. Each step of the cooking process became a short video, between 5 and 10 seconds long, which plays repeatedly for as long as the user needs to be able to conduct the step for themself. I envisioned a gesture-based navigation system, which uses low-precision 'swipes' across the screen to navigate through the app. In the instances where buttons were necessary, they would be as large as possible.

After several rounds of sketching and wireframing, I began building this project as a web application, using HTML, CSS, and JavaScript. Throughout the design process, I tested the app on a variety of devices, to make sure that it was as functional and effective as possible.